Stage Force’s 2015 Reading Series in NH Has “Things They Carried,” “Cock,” “I Am Proof of Me: A Final Visit With Emily Dickinson” 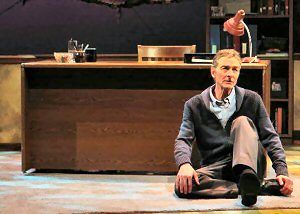 Stephen D’Ambrose in History Theatre’s earlier world premiere of “The Things They Carried.”

Stage Force, the professional theatre company of the Piscataqua region of New Hampshire and southern Maine, has lined up a 2015 Play Reading Series to include actor Stephen D’Ambrose creating the fatigued population of The Things They Carried, Jim Stowell‘s stage adaptation of Tim O’Brien‘s nonfiction book about the author’s experiences in the Vietnam War.

D’Ambrose appeared in the 2004 world premiere of the solo-actor version of O’Brien’s searing tale at the History Theatre in St. Paul, MN, earning acclaim. The series was to kick off with the Carried reading on Feb. 16, but an imminent snowstorm has prompted a postponement until later in the season. A new date will be announced. 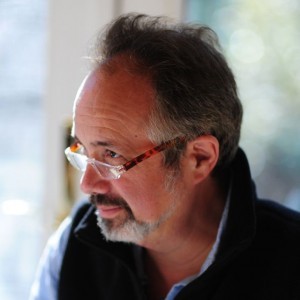 Stage Force, whose artistic director is Kent Stephens, also produces full productions at Star Theatre in Kittery, ME.  (Dogs and Lesser Mortals — a theatrical evening of music, poetry, stories and scenes from contemporary wits to the legends of literature, all on the subject of canines — bows there March 13-22.)

Stephens, a busy regional theatre director who now lives in Maine, was an artistic associate of the Illusion Theatre in Minneapolis and was interim artistic director at Atlanta’s Alliance Theatre.

Since 2006, the Play Reading Series, produced in partnership with Kittery Art Association, has presented 43 readings of new and contemporary plays by national and regional playwrights.

Get ticket information about the reading series at the Stage Force website.

MARCH 16, 7:30 PM
The How And the Why
By Sarah Treem
“The How and the Why depicts an interwoven relationship between two women biologists — a young graduate student and an older scholar. As the pair dive into discussing the mysterious nature of the evolution of women, they also come to realize personal internal conflicts. Sarah Treem’s invigorating exploration of science, feminism, and the struggle for self-worth provides new perspectives on both evolution and the relationship between generations.”

APRIL 6, 7:30 PM
Three Hotels
By Jon Robin Baitz
“Three Hotels features three theatrical monologues set in hotel rooms. These tales of corruption, murder and heartrending honesty transport you to drastically different time periods as the corruption of a man selling defective baby formula in third world markets leads to a troubled marriage, death of a loved one and the realization that everything has changed.” 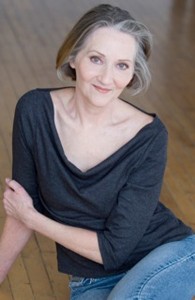 MAY 11, 7:30 PM
I Am Proof of Me: A Final Visit With Emily Dickinson
By Barbara Kingsley
A one-woman play about poet Emily Dickinson and her love of words, nature and life, and the metaphors that connect them. Writer-actress Kingsley will play the poet.

SEPTEMBER 21, 7:30 PM
Cock
By Mike Bartlett
“When John and his long-term boyfriend decide to take a break, the last thing he expects is to find himself falling for a woman. The relationship puts him at a crossroads that makes John question everything he thought he knew about himself. Comedy, wit, and sexuality about in this contemporary twist on the classic love triangle, making Bartlett’s play an entertaining yet eye-opening experience.”

OCTOBER 19, 7:30 PM
What’s the Word For
By Jeffrey Hatcher
“In What’s the Word For, Jeffrey Hatcher portrays the unconventional relationship between Janet, a woman in her 70s, and Hayden, a mentally disabled man in his 50s. It’s a connection wrapped in mystery, from the tragic accident that changed Hayden’s life forever to the cause of Janet’s powerful loyalty as a caregiver. When Janet is struck with illness of her own, her plans to move into a retirement home force her to confront both the burden of care and the burden of abandonment.”