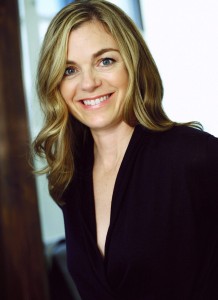 Workplace harassment is center stage — literally — in Shelley McPherson’s timely new backstage drama Knifeplay, getting a reading Jan. 13 in Boomerang Theatre Company’s First Flight Reading Series in Manhattan. An actress in a Broadway revival finds herself dealing with unsafe conditions when her co-star brings a knife to rehearsal. Power, ego, money, production politics — and deafening silence — all play roles in the tension-laced play.

Here’s how Boomerang, which chose the play out of more than 300 submissions, bills Knifeplay: “Liz’s dream acting job becomes a Broadway nightmare onstage and off as her manipulative, gas-lighting male co-star and an enabling director and apologist colleagues force her to defend her life during rehearsals for a Cold War-era spy thriller. Who is mad? Who is sane? Is that a dagger she sees before her?”

Colorful show business types (a jaded director, an internet star cast to sell tickets, an unhinged Hollywood star bankrolling the show) populate the play, which has Liz at risk both on stage and off. Her co-star — a male movie star named Ren — pulls out a real switchblade in rehearsals that involve a fake kitchen knife. Is Ren doing it to express power, or as an exercise in risk and authenticity?

McPherson told me, “Although the first draft of Knifeplay preceded these recent developments, I was working on the play last year during election season, at a time when the Republican nominee for President of the U.S. was acting in a way that reminded me of [the character of] Ren and his behavior toward Liz. I was writing about the theater world and the way powerful people, bullies, sometimes wield their power in malignant ways, often in work environments that protect them. And then we saw a man like this become President, not in spite of the power plays and gas-lighting on display during his campaign but in part because of that behavior.”

McPherson answered a handful of questions about the play in the days leading up to this developmental reading.

I’m always curious about the first moment an idea for a play surfaces. What was that? Did you see a character, an idea, a place, a conflict? What inspired it?

Shelley McPherson: This play started as a musical, actually. My collaborators, the Breithaupt Brothers, had even written a couple of initial songs for it. The original idea was that a group of creatives were turning this kinda classic play, Shadow Game, into a contemporary musical. It’s already pretty high concept without music. With music — it was daunting. We sort of shelved it. It had started from an idea of mine, and last year, when I was in the midst of working on another play, I had a sudden urge to return to Knifeplay and remove the songs, turn it into a play.

Do you draw from personal experiences as a woman and an actor to inform the play? Can you cite some specific or general experiences with harassment in theatrical places you’ve worked that might have consciously or unconsciously sweetened the play?

Shelley McPherson: The first fight scene I ever did was in high school. I played Kate in Kiss Me, Kate, and the director — who smoked a cigar during rehearsal!— said he “didn’t believe” the fight scenes between me and the actor playing Petruchio, who was a pretty big guy. The director insisted I be thrown around the stage until it looked real. Well, we were a couple of high school kids. It was real. I was black and blue with bruises. I never said “no.” I never said, “That’s too much.” There are times, especially when you are young, when you don’t feel you have the power to say “no,” sometimes you don’t even know the word “no” is a choice.

But I have plenty of stories of being “black and blue” as an adult actor, too. Once I very nearly went over a banister after a film director kept asking the guy who “killed me” in the movie to go a little further, a little further… until one of my feet lifted off the ground and I had to actually fight back with all of my strength to remain on the top floor alive and in one piece. Actors — of all genders – want to work, and when they get that coveted job, they want to keep it. So there’s perhaps a heightened need in the world of theater and film, although it’s not unique to those worlds, to do the very best you can for the team…to cooperate. After all, the No. 1 rule for actors in improv is to say “yes.” No one wants to be that guy who won’t do what it takes. No one wants to say no. And, as we see in Knifeplay, that creates an opportunity for people in power to exploit that tendency. 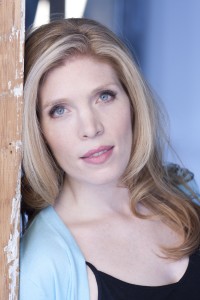 Thea McCartan plays an actress in harm’s way, in the reading of “Knifeplay.”

The play dovetails with the #metoo and #timesup movement of women speaking out about sexual and workplace harassment and assault. Do you see the play as part of a movement?

Shelley McPherson: The writing of Knifeplay pre-dates the current moment and the happy fact that many brave women, and some men, have begun shining a light on the actions of people who would use their power to harass, intimidate, even assault their colleagues. People are speaking up, and they are being believed. That’s new. Since #metoo and #timesup, I no longer have to explain why Liz isn’t believed or supported. There are too many recent stories from strong women who have explained how difficult a particular position was for them and how they were kept silent. In Knifeplay, Liz tries to get support from all the potential sources of help — her stage manager, fight director, union rep, etc. — but she is ultimately branded a trouble-maker.

How important is “hope” to you, when writing? Is there hope at the end of Liz’s bumpy journey? Does this hero have a future?

Shelley McPherson: I have written a few versions of the ending, from very bleak to full-blown comedy. The question I return to almost every day is: what does success look like for Liz post-Knifeplay? I don’t think she’ll want to be an actor anymore. And while that is tragic on one level, by the end of the play, Liz has begun to take charge of her life. She has been vindicated. She has survived and told her story. There’s never a point in the play where she is successfully silenced. That represents a success. So, yes, there’s hope on the horizon for Liz!

Tell me a little bit about the play within the play. Is it purposeful that it’s a revival of a Cold War thriller? How does the play inform your play?

Shelley McPherson: I actually wrote a full-length thriller within a thriller called Shadow Game and then integrated much of it into the action of Knifeplay. I wrote it to be a kind of crusty old play that isn’t often revived because it’s a bit dated and musty. But [in my conception of the showbiz world] there’s a film version, so it’s well known, and it has its virtues: There are twists, stakes are high, people are not what they seem. In that way, it echoes what is happening for Liz during the process of rehearsing and performing Shadow Game. In Knifeplay, Liz is initially trusting, as is Barbara, her character in Shadow Game, and, like Barbara, she is betrayed multiple times by multiple characters. And there are a number of “shadows”: Literal shadows figure decisively into the climactic scene; Liz is “shadowed” by Ren in Knifeplay. Finally, the whole “game” that Liz is involuntarily participating in during rehearsals casts a dark shadow over her, one that I believe she’s emerging from by the end. So, ultimately, the story of Shadow Game sort of comments on, or underlines, the “real life” action in Knifeplay. It was fun to write those dual layers.

Knifeplay received its first reading as part of the Lafayette Salon Series at The Players Club.

New York-based writer and actor Shelley McPherson wrote the book for the musical, Seeing Stars, first performed in a concert reading featuring Kelli O’Hara and Jesse Tyler Ferguson at Joe’s Pub at the Public Theater in New York. Seeing Stars, with music and lyrics by the award-winning Breithaupt Brothers, received a developmental workshop at the York Theatre in New York and was one of 12 “Next Link” musicals jury-selected for the New York Musical Festival, where it had a sold-out run. Seeing Stars was a finalist for developmental workshops at NAMT and the O’Neill National Musical Theater Conference. Boomerang Theatre Company chose her play Exit Zero for its First Flight Reading Series in 2013. Her play, Mommy Baby, was a finalist in the Heiress Productions Playwriting Competition and was chosen for Boomerang Theatre Company’s 2014 First Flight Developmental Reading Series. Her one-act plays Tender is the Night and The Show Must Go On were produced in Boomerang Theatre Company’s 24-hour play festival. Her short play, Lady Doc, about Emily Stowe, a pioneering Canadian doctor and founder of Women’s College Hospital, is included in 365 Women a Year: playwriting project. She is a member of the Dramatists Guild, the 72nd Street Gang Playwright’s Collective, AEA and SAG-AFTRA. She holds an M.A. from Northwestern University.