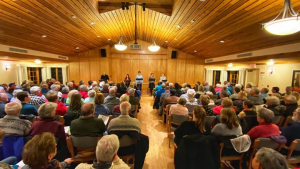 A past reading in Peninsula Players’ winter series in Door County, WI.

Peninsula Players is famous in the Midwest for its summer productions in Door County, Wisconsin, but it’s not dormant all winter long. Plays are tested off-season, too. Titles in the company’s 2023 winter reading series, dubbed The Play’s the Thing! — running February, March and April in Baileys Harbor, WI — will include Painted Desert by Christopher G. Smith, Changing Channels by John Reeger, and i by Jeff Talbott.

Works in the series are presentational, not necessarily developmental or aimed toward full production in the mainstage season, although some past titles have surfaced on future summer slates.

Painted Desert by Christopher G. Smith
February 6 at 7 PM CST
“On the American Painted Desert a charming convict battles with a lost and wondering preacher over the fate of a young runaway.” The four-character play had earlier development at Palm Beach Dramaworks. 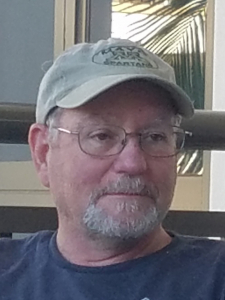 Christopher G. Smith’s plays include Checkout, Packers, Thirst for Eden and The Violin Maker.  His play The Violin Maker was a semifinalist for the Eugene O’Neill National Playwrights Conference and The American Blues Theater’s Blue Ink Playwriting Award. It was a finalist at the 2016 Dayton FutureFest and 2020-21 Playhouse on the Square’s NewWorks@TheWorks Playwriting Festival. It received readings at both festivals. Painted Desert was a finalist for the Seven Devils Conference and Wordsmyth Theatre reading series. Packers was the winner of the Best Original Play competition at Jewel Box Theatre in Oklahoma City, OK and a recently a finalist at Matchstick Theatre Company London, England. Checkout was a finalist for the B Street Theatre New Comedy Festival in Sacramento, CA. One Summer Night, a 10-minute play received a reading as part of the Midwest Dramatist Conference. Thirst for Eden received a company reading in 2021 at Proud Haddock Productions in London, England. His work has been produced at the Rochester Repertory Theater and received readings through the Midwest Theater Network. He is a member of the Playwrights Center in Minneapolis. Find his work on New Play Exchange.

Changing Channnels by John Reeger
March 6 at 7 PM CST
“The year is 1952. TV stars such as Lucille Ball, Sid Caesar and Jackie Gleason bring laughter into America’s homes each week, but nobody is laughing behind the cameras when a number of artists are blacklisted for their political beliefs. Based on actual events from the early days of TV broadcasting, Changing Channels is set backstage at the DuMont Television Network in New York City. As Cold War hysteria sweeps the nation, actress Maggie Carlin finds herself accused of being a ‘comrade to the comrades.’ Is it true? Stay tuned.”

The play had its world premiere at Fulton Theatre in February 2022. 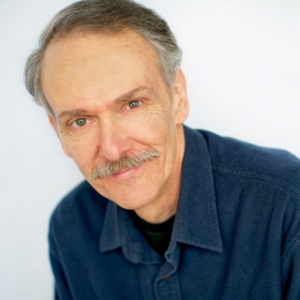 i by Jeff Talbott
April 3 at 7 PM CDT
“Sarah is having a rough time. She’s trying to shake it, but it’s not easy. She’s got a new doctor and she’s met a nice guy named Jake, so things are looking up.  And Jake’s having a hard time, too.  Together, Sarah and Jake are trying to find their way to each other —and maybe, just maybe, to some of that happiness we’ve heard so much about.  A mysterious love story about the threads that tie us together, i is a gentle and unsettling new play set a couple days after tomorrow.”

The four-character mystery-drama had its premiere at Pioneer Theatre Company in 2018. It is licensable from the playwright. For more information, visit jefftalbott.com or find his work on New Play Exchange. 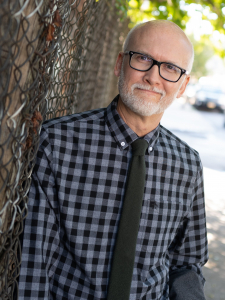 Jeff Talbott’s play The Submission was the inaugural recipient of the Laurents/Hatcher Award and was produced Off-Broadway by MCC Theater; it went on to receive the Outer Critics Circle John Gassner Award for New American Play and was published and licensed by Samuel French. Other produced works: The Gravedigger’s Lullaby (Off-Broadway – TACT/Theatre Row; published and licensed by Dramatic Publishing), i (produced by Pioneer Theatre Company), A Public Education (2015 O’Neill Finalist; workshops – Pioneer Theatre, TACT), and Civics and Humanities for Non-Majors (2018 O’Neill Finalist; commissioned and produced by Montclair State University; 2021 Lanford Wilson New American Play Finalist) and The Messenger (produced by Pioneer Theatre Company in 2022, Iowa’s Lamb Theatre in 2023). Other plays: Joseph Cook (2019 O’Neill Finalist); The Unsurprising and Yet Somehow Inevitable Upward Trajectory of Josh, White Guy From Ohio (2023 O’Neill Semi-Finalist), Three Rules for the Dragon (2017 O’Neill Finalist; workshop by Rattlestick Playwrights Theater, Colt Coeur and New Jersey’s Premiere Stages), How to Build a City (workshops – TACT, Route 66), Elliot and All the Stars in the Midnight Sky. Talbott is an actor, playwright and lyricist. Her graduated with honors from the Yale School of Drama.

Talbott writes musicals with composer Will Van Dyke. Learn more about their work at the website dedicated to their shows.

The Play’s the Thing! is funded in part by a grant from the Wisconsin Arts Board with funds from the State of Wisconsin and the National Endowment of the Arts, as well as grants from Door County Medical Center, Friends of Door County Libraries, The Shubert Foundation and operating funds of Peninsula Players Theatre.

Learn more about the history and productions of Peninsula Players in Fish Creek, WI.

In summer 2023, the company’s season will include the world premiere of A Rock Sails By by Sean Grennan, a crafty and humane playwright I’ve previously interviewed on the topics of his plays Now and Then, The Tin Woman and more.

(I’m grateful to Peninsula Players for giving my play Alabama Story its Midwest premiere in 2016 prior to it blossoming in more than 40 productions around the country. It is published and licensed by Dramatists Play Service.)