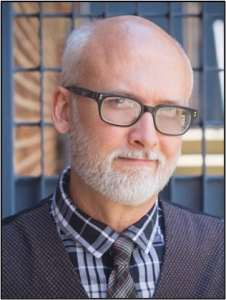 Using a reading agreement with Actors’ Equity Association, the series in Norwalk, CT, explores plays that have been previously produced, read or developed elsewhere, allowing actors and directors associated with MTC to use their creative muscles; to give MTC audiences added variety of programming choices; and for playwrights to look at material with fresh eyes and ears. Playwrights are invited to attend audience talkbacks in person or virtually. 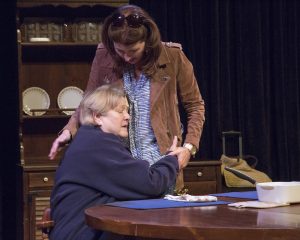 Elissa DeMaria will direct Jones’ six-actor comedy Hollywood, Nebraska, about two actresses and estranged childhood friends returning the their dying hometown. It was previously seen in a workshop production by Wyoming Theatre Festival, as well as in readings by Off-Broadway’s TACT and Actors Theatre of Indiana. You can find a perusal copy of it on New Play Exchange.

Here’s a look at the New Voices series at Music Theatre of Connecticut: 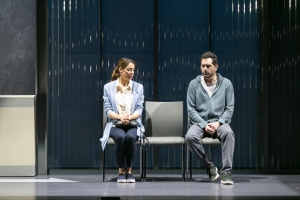 Kathleen McElfresh and Todd Gearhart in the Pioneer Theatre Company world premiere of Jeff Talbott’s “i.”

Sarah is having a rough time, but she’s trying to shake it. Things start looking up when she meets a nice guy named Jake, and together they hope to find some of that happiness we’ve heard so much about. Part “Twilight Zone” and part love story, i is a gentle, unsettling and mysterious new play set in the near future about the threads that tie us and the confounding allure of “what if?” 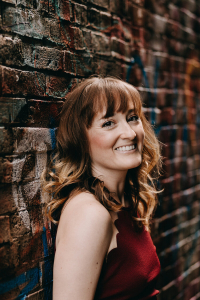 Three generations of women watching their matriarch’s demise grieve in different ways, yet are inspired to come together to honor the woman they all love. With patient guidance and grace from their medical team, they find ways of navigating their pain of impending loss with humor and resilience — contemplating the lessons and rewards of loving and losing that challenge us all. Jeff Gurner directs. 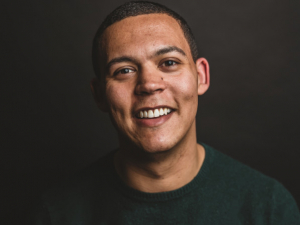 High school has its challenges, but for Noah, the school’s only student of color, paying for a private education is the least of his problems, as he mounts a campaign for student body president amid teachers’ lounge rumors that he just might win. Mulatto Boy ponders the hilarious struggles of growing up different, questioning a higher power, and how sometimes our journey of self-discovery continues after the final period bell rings. The playwright will appear in the two-performer play.

In the panhandle of Nebraska, two actresses of a certain age are making a homecoming in their small town. Jane’s in from L.A. to check up on her ailing mother; Andrea’s back from New York to bury her father. Hollywood, Nebraska is a rueful new comedy about the urge to be creative, the itch to move away, and the ache of reconnecting with the family and feelings that you thought you left behind. 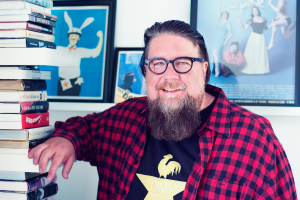 DATE TO BE ANNOUNCED, 2022
Dirty Book by Joe Landry

A housewife from the wrong side of the tracks writes a scandalous novel about sex and hypocrisy in a New England town which becomes an explosive bestseller. She zooms to national stardom and lives lavishly as her book is turned into a major motion picture, but her dream is not to last. Plagued by doubt and self-destruction, the pressure to create another “hit” becomes her undoing in this tale of censorship, fame and misfortune.

Next up on MTC’s mainstage is William Finn and James Lapine’s Falsettoland Nov. 5-21.