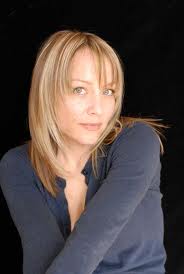 Playwright Kelli Kerslake Colaco’s new play, You Are My Sunshine, the multi-decade character study of a man of mythic American proportions whose passions and demons lead to tragedy, will get a private reading in Manhattan 7 PM July 2.

The cast of the fact-inspired drama will include Carole Healy, Carine Montbertrand, Jenny Bennet, Paul Kite, Jason Howard and Ridley Parsons. For industry inquiries about the play, or attending, email the playwright at kellicolaco@gmail.com.

Along with You Are My Sunshine, Kelli Kerslake Colaco has written In the Name of Love and The Meeting for the stage, with a fourth play in the works.

She also wrote the mockumentary webisode series, “The Meek Shall Inherit,” two folk-rock albums, and is also a poet, blogger (Monty Chaos and Bitterbitchbonanza) and professional advertising copy/food writer.

You Are My Sunshine was developed in the 72nd Street Gang, a collective of dramatists that includes Reg Flowers, Julia Gibson, Enid Graham, Kenneth Jones, Robert Sella and Jeff Talbott, among others.