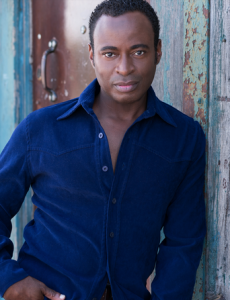 Sean Blake will play Henry in the Actors Theatre of Indiana reading.

Sean Blake, Judy Fitzgerald and Jan Lucas will be the trio of Midwestern snowbirds unpacking family secrets in a May 14 developmental staged reading of Kenneth Jones’ comedy-drama Two Henrys, part of Actors Theatre of Indiana’s Lab Series of new play readings. Richard J. Roberts directs the play set at the dawn of marriage equality and the dusk of the worst days of the AIDS epidemic.

The 2 PM presentation in Carmel, IN, represents the latest draft of the intimate story of grief, guilt, prejudices, perceptions — and hope.

Playwright Kenneth Jones, who’ll be in residence with ATI in May, calls the play “an unlikely comedy populated by Midwestern snowbirds who are seeking to preserve family. It begins with a funeral but ends in joy — expect tears and laughter.”

Here’s how ATI bills Two Henrys: “Constance [Jan Lucas] has just lost her husband, Mike, after sixty years of marriage. But his sudden death isn’t the only grief inside her as she prepares for his wake. The sting of losing her son, Henry, to HIV/AIDS fifteen years earlier is aroused again with the arrival of a stranger at her home: Henry’s partner, also named Henry [Sean Blake], has come to express his condolences — and to make a connection with the mother-in-law he never knew. As the booze flows, are the surviving widow and her grown daughter, Amy [Judy Fitzgerald], ready to raise a glass to the unexpected guest? Two Henrys is a humor-laced drama about guilt and grief, perceptions and prejudices and the urge to find family.” 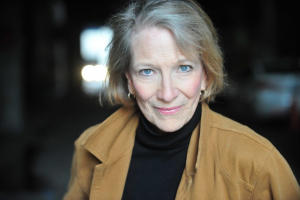 A perusal copy of Two Henrys is available at New Play Exchange, or contact the playwright directly to request a free perusal copy or to inquire about performance rights for a world premiere opportunity.

ATI artistic director and co-founder Don Farrell said, “Actors Theatre of Indiana is very pleased to reunite with Alabama Story playwright Kenneth Jones for an Equity staged reading of his heartfelt drama. Although the worst days of the AIDS crisis are in the past, the play’s themes are universal and quite poignant today. We look forward to presenting his play to our audiences here in central Indiana.”

Kevin Casey is the stage manager of Two Henrys.

Reserve tickets to the 2 PM May 14, 2022, ATI Lab Series reading of Two Henrys, which will include a talkback. 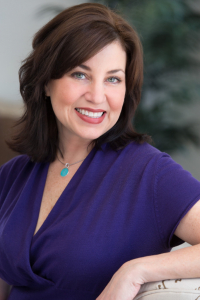 Director Richard J. Roberts is resident dramaturg of Indiana Repertory Theatre in Indianapolis. For Actors Theatre of Indiana, he has directed The 39 Steps, My Fair Lady, The Musical of Musicals and two productions of Sweeney Todd. At Indiana Rep, he directed The Night Watcher, Neat, Bridge & Tunnel, Pretty Fire, The Giver, The Power of One, Twelfth Night, multiple editions of A Christmas Carol, among other titles.

Judy Fitzgerald is associate artistic director and co-founder of ATI. Her many regional, touring and New York credits since joining Equity in 1993 include stints at Radio City Music Hall, Madison Square Garden, Birmingham Theatre, Georgia Ensemble Theatre, Westchester Broadway Theatre, Pennsylvania Center Stage, Blowing Rock Stage Co., The Mint Theatre, The Weathervane Theatre, The Ordway. With Actors Theatre of Indiana she has been seen as Mama Rose in Gypsy, Keely in Pete-n-Keely, Melpomene in Xanadu, Mrs. Lovett in Sweeney Todd, Kost in Cabaret as well as many others.

Jan Lucas, a Chicago native, has worked  has worked at Indiana Rep and Phoenix Theatre in Indianapolis, as well as at Jewish Theatre of Bloomington, Goodman Theatre, Steppenwolf and Remy Bumppo Theater Company in Chicago, among many other theaters.

Actors Theatre of Indiana previously produced Kenneth Jones’ popular Alabama Story (published by Dramatists Play Service) and presented his six-actor comedy Hollywood, Nebraska in an earlier Lab Series reading. Hollywood, Nebraska will get a “rolling world premiere” of at least three productions in the 2022-23 season. The script is licensable from the playwright. Ask for a free perusal copy or find it at NewPlayExchange.org.

Here’s Kenneth Jones’ playwright note from the script of Two Henrys: “Set in 2012, this play is a time capsule, a period piece, a remembrance of attitudes, perceptions and prejudices that existed — and still exist. Most everything spoken in the play is based on words spoken directly to me or to my LGBTQ+ friends. This is a ‘coming out story’ — a genre considered by some to be passé. I’ve tried to make it unique by telling it through the lens of middle-aged and older people. It’s a delayed coming out experience — the talk a son and a mother never got to have. They are finally having the talk now, but not to their blood family. This is how the conversation might have gone with their respective family had timing and circumstance allowed it. As long as there are forces shoving people into the darkness, coming out stories will be relevant, necessary and alive. And if you think we’re beyond these stories, you only have to look at the alarming attempted suicide statistics in the LGBTQ+ community, particularly among queer youth. Talking is still necessary.”