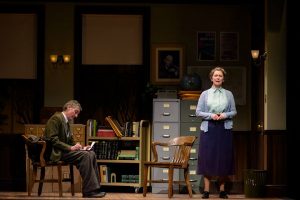 Stephen D’Ambrose and Greta Lambert in the premiere of “Alabama Story” in 2015 at Pioneer Theatre Company. (Photo by Alex Weisman)

Alabama Shakespeare Festival has announced casting for its March 2020 production of Kenneth Jones’ six-actor social justice drama Alabama Story — the Montgomery premiere of the acclaimed play that has appeared in more than 30 cities around the nation. ASF veteran actress and associate artistic director Greta Lambert will play the embattled, real-life librarian Emily Wheelock Reed opposite Christopher Gerson as the bullying politician, E.W. Higgins, who persecuted Reed in 1959 Montgomery.

Native Alabamian Lambert, who has played leading roles at ASF and in regional theaters around the country, appeared in the play’s Salt Lake City world premiere in 2015. (Emily Reed happens to not be an Alabamian.) Lambert also directs for ASF (The Best Christmas Pageant Ever and Midsummer Night’s Dream and more). 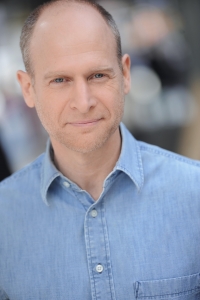 Gerson, who works in regional theaters around the country, recently appeared in ASF productions of Our Town and Romeo and Juliet, bringing his characteristic gravitas to the roles of Doc Gibbs and Capulet, respectively. He also appeared in ASF’s world premiere of Susan Ferrara’s Buzz in summer 2019.

Here’s how ASF bills Alabama Story: “In 1950s Montgomery, Alabama, a fight over a controversial children’s book — in which a black rabbit marries a white rabbit — pits one courageous librarian against a segregationist state senator. Meanwhile, childhood friends reunite, only to be caught up in the political and racial tensions of the time. Inspired by true events, this drama explores tests of character and emotions that reshaped our nation.”

Critics have hailed the play for its highly theatrical nature (it is set in the so-called Deep South of the imagination) and its successful mix of humor, history, heart and humanity. The playwright has called it a history play, a comedy, a courtroom drama and a romance.

Theater industry folk may request a free perusal copy of the script here. 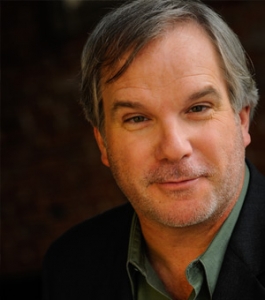 Get tickets to Alabama Story here.

In May 2000, while reading the New York Times, playwright Kenneth Jones came across an article about Emily Wheelock Reed, the former state librarian of Alabama (technically, her title was “director of the Alabama Public Library Service”), who had been challenged by a segregationist politician in 1959. Alabama State Senator E.O. Eddins demanded that a children’s picture book — Garth Williams’ “The Rabbits’ Wedding,” about a rabbit with black fur marrying a rabbit with white fur — be purged from the shelves of Alabama libraries on the grounds that it promoted racial integration. Their conflict was reported worldwide. 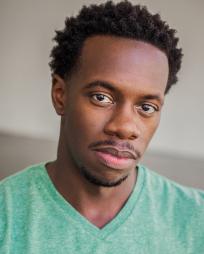 Terrell Donnell Sledge plays Joshua Moore, whose reunion with a childhood friend reflects tensions of the story happening in the state capital.

Before Jones finished reading the article, he knew this was an idea for a play, and that illustrator Garth Williams (who created art for “Little House on the Prairie,” “Charlotte’s Web,” “Stuart Little” and more) would become a character, playing multiple roles — a local reporter, an ancient political crony, a Florida columnist and others. It’s all performed on one set.

Alabama Story was first presented in barebones form at ASF’s 2013 Southern Writers Project Festival of New Plays, where playwright Jones was in residence in Montgomery to grow the script. Rodney Clark, the veteran Alabama actor known for titanic roles of King Lear, Scrooge and Bear Bryant at ASF, played formidable Senator Higgins in the original ASF reading. Seth Andrew Bridges read the role of Thomas and would go on to play it in the premiere production in Utah.

“I had seen Greta’s breathtaking work in a regional production of Doubt in the 2000s, and when my play was chosen for the ASF reading in 2013 — knowing that she was a resident artist at ASF — I requested her for the role of Emily Reed,” Jones said. “But she was already booked for another reading in the Festival of New Plays. The fact that she was later in the world premiere and is now in the Montgomery premiere represents two big dreams come true for a playwright. A great American actress, whose artistic home is Montgomery, will finally play this inspiring forgotten heroine who lived and worked in the state capital during the fraught 1950s.” 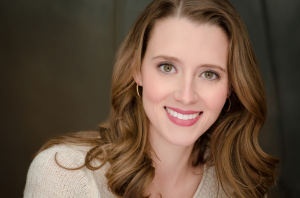 Madeleine Lambert plays Lily Whitfield, a book lover whose eyes are opened when she reunites with a childhood friend.

The play’s primary setting is Montgomery, with references to many iconic settings in the capital city, including the State Capitol, the State Archive Building, the Dexter Avenue King Memorial Baptist Church, the now-gone Empire Theatre, the Juliette Hampton Morgan Memorial Library, the now-repurposed Jefferson Davis Hotel, Oak Park, Jackson Hospital, the old Hale Hospital and more. The city of Demopolis, west of Montgomery, is also conjured in the play, as the hometown of Senator Higgins, who is inspired by real-life state Senator E.O. Eddins, of Demopolis. The city is also the hometown of Lily and Joshua, two characters whose fictional parallel story reflects the climate of the time. The character of Herschel Webb, a reporter from the Montgomery Advertiser (also played by Knoll), is inspired by the late Advertiser reporter Herschel Cribb.

In 2015, Alabama Story received its world premiere by Pioneer Theatre Company in Salt Lake City, where artistic director Karen Azenberg — who had directed the earlier ASF reading — directed. The play has since been seen in more than 27 productions around the country. It was a finalist in the O’Neill National Playwrights Conference and a nominee for the Steinberg/American Theatre Critics New Play Award. 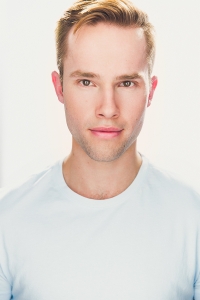 The first-ever reading of Alabama Story was presented in the 2013 ASF Southern Writers Project Festival of New Plays, now called Southern Writers Festival, in the intimate thrust theater, the Octagon, where the full staging will also surface, making it one of the most physically enveloping productions to date.

Jones said, “At the 2013 ASF reading’s talkback, the moderator asked, ‘This play is set in the so-called ‘Deep South of the imagination.’ What does that mean to you?’ An elderly theatergoer replied reflectively, ‘I don’t know about the Deep South of the imagination, but this is the Montgomery that I grew up in.’ That was deeply gratifying to me, to have been able to capture something authentic. But it was also useful to hear others say how surprised they were by the complexity and twists in the journey of Senator Higgins, the so-called ‘villain’ of the story. I wasn’t interested in a Southern caricature or stereotype. As with the other characters, I wanted to explore their hearts, minds and roots, and make them complex, vulnerable and compelling.”

Alabama Story appeared recently at Repertory Theatre of St. Louis, where the St. Louis Post Dispatch called it “just the play we need” in “a time when intolerance is on the upswing and empathy is under siege.”

It had its Indiana premiere in fall 2019 at Actors Theatre of Indiana, where critics and audiences embraced it. Owing to Emily Reed’s Indiana roots, it made the front page of the Indianapolis Star. 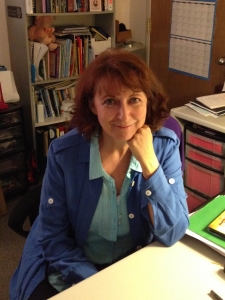 When it played Washington, DC’s Washington Stage Guild, The Washington Post called it “an Alabama Story that has national relevance… The play feels timely, resonating with this era’s racial tensions, the ‘she persisted’ meme and continuing controversy over the Old South’s legacy.”

Its Alabama premiere was in 2018 at Red Mountain Theatre Company in Birmingham.

“The play grew enormously in its first ASF reading, and it went through a number of revisions as I learned more from its subsequent productions around the nation,” Jones said. “Those stagings, beautifully realized, represented a kind of preview period for the play. I learned from seeing productions, and made clarifying changes over the years, leading to a definitive version of the script that I’m thrilled will finally play ASF.”

The 2019-20 season of Alabama Shakespeare Festival also includes Dominique Morisseau’s Pipeline directed by Ron OJ Parson; The Best Christmas Pageant Ever by Barbara Robinson, directed by Greta Lambert; the a cappella World War One musical All is Calm: The Christmas Truce of 1914 (directed by Melissa Rain Anderson); ASF’s fellowship company in Dr. Seuss’s The Cat in the Hat and And Then They Came for Me: Remembering the Story of Anne Frank by James Still, directed by Addie Gorlin; Mat Smart’s The Agitators, directed by Logan Vaughn; Ruby: The Story of Ruby Bridges by Christina Ham, directed by Sarah Thornton (a collaboration with Montgomery Public Schools); Shakespeare’s A Midsummer Night’s Dream, adapted and directed by Greta Lambert in the Shakespeare Garden, and The Comedy of Errors, directed in a six-actor version by Sean Graney on the main stage; Lauren Gunderson’s I and You, directed by Rick Dildine; and two summer 2020 musicals: Rodgers and Hammerstein’s Cinderella, adapted by Douglas Carter Beane, and the hit-filled Million Dollar Quartet, with book by Colin Escott and Floyd Mutrux, about early rock icons recording at Sun Records, directed by David Ruttura. Readings of new plays are also expected in the season. The plays Cry Havoc and Stages will be presented as part of Southern Writers Festival. Get more details about the season here. 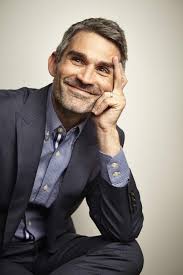 Alabama Shakespeare Festival is a not-for-profit organization under the leadership of artistic director Rick Dildine and executive director Todd Schmidt. ASF broadens the cultural identity of the South by producing Shakespeare, contemporary plays, musicals, and exciting new works that focus on the Southern experience. A leader in education and outreach, ASF serves more than 40,000 students annually with artistic programming. ASF is supported by grants from the Alabama State Council on the Arts and the National Endowment for the Arts.

Alabama Shakespeare Festival was founded in a high school auditorium in Anniston in 1972, designated as the State Theatre of Alabama in 1977, and its $21.5 million performing arts complex in Montgomery was built in 1985 in Blount Cultural Park, eight miles east of downtown Montgomery. The park — inspired the English countryside, with rolling hills, ponds, statuary and swans — is also home to Montgomery Museum of Fine Arts and the Hannah Daye Ridling Bark Park.