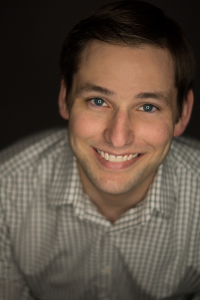 Provenance, a new play set in and around a Hoosier history museum, gets a staged reading Sept. 25 as the first title in Actors Theatre of Indiana’s 2021-22 Lab Series devoted to developing new works in Carmel, Indiana. A shocking revelation about the subject of an exhibit at the fictional Heartland Museum is at the center of the drama by Indiana playwright Ethan Mathias.

“I chose to set the play in Indiana because it’s a friendly community that is familiar to me,” Mathias, of Fishers, IN, told me. “Choosing a familiar setting allowed me to focus on characters and relationships, rather than worry if I was authentically capturing an unfamiliar part of the world. I also think that some of the universal themes are particularly applicable to our state in this moment.”

The museum’s newest exhibit — “Aldridge Through the Ages,” a recreation of the Indiana homestead of late philanthropist named Stephen Aldridge — is in jeopardy (as is the museum itself) when uncomfortable evidence of his past associations comes to light. There’s a surprise that rocks the institution’s staff and Aldridge’s historian granddaughter.

The seed of the play was planted in Mathias’ mind when he visited Washington, DC, in 2019.

“While we were at the Smithsonian, I saw an exhibit that was a full-size house that they used to chronicle American history through the stories of the families that had lived there,” Mathias said. “I thought about how museums put together exhibits about specific families and wondered what sorts of bumps [the staff] might encounter along the way.” 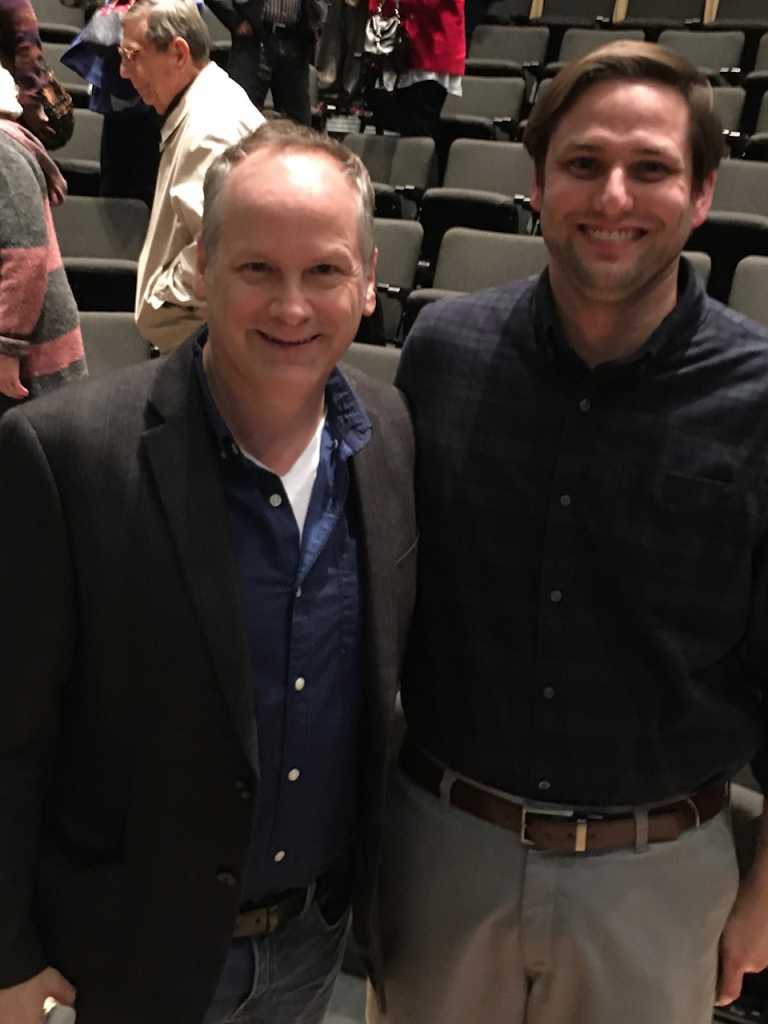 Playwrights Kenneth Jones and Ethan Mathias at Actors Theatre of Indiana’s home in the Studio Theatre in Carmel, IN, in 2019.

I first met Mathias, who is also an actor and a high school drama teacher in his native Indiana, when he attended ATI’s 2019 reading of my play Hollywood, Nebraska, in the inaugural Lab Series season. (Check out the upcoming Lab Series titles, including an ATI reading of my play Two Henrys, slated for May 2022.)  Provenance was scheduled for a 2020 reading, but the COVID-19 pandemic forced its postponement until now. I wish I could be in suburban Indianapolis to see it, but I did read an earlier draft of his potent, humor-laced drama, so I threw some questions his way.

Is there a primary idea that prompted the play?

Ethan Mathias: I guess the general idea about the passage of time revealing secrets we thought we’d buried. For some it’s a second family, for some it’s participation in a movement or organization. When I initially thought about the “bumps” a museum staff might encounter, my initial idea was “What if someone passed themselves off as a relative and planted something damaging?” As I thought about it more, I realized that writing a play that chronicled both the fallout and the double-cross would be a massive dramatic endeavor — an interesting one, but not one that I felt confident in taking on. The question of grappling with the past is something that is much more immediate and more than enough of a challenge to explore honestly.

The notion of a “good person” having complex history is at the core of the play. I can’t help thinking of Donald Trump saying that there were “good people on both sides” of clashes in Charlottesville, VA, in 2017, when white people marched with torches chanting “Jews will not replace us.” Was this on your mind when writing the play?

Ethan Mathias: The “good people on both sides” line was absolutely on my mind when writing the play. One of the characters specifically references the turn of phrase. It’s one of those historical statements that never leaves your mind. I have a vivid memory of watching the coverage of the statement on PBS “NewsHour” and the camera cutting back to the two anchors and there being a solid second or two of stunned silence before they recovered with some nervous laughter at their own reactions.

Have rapidly shifting current events having to do with race and social justice in the past two years informed revisions of the play?

Ethan Mathias: Rereading the play in preparation for its reading at ATI showed me some places where the story didn’t quite ring as true as I’d like, some of that coming from having walked away from the text for a while, and some of it having to do with everything that’s happened in our country over the past two years. 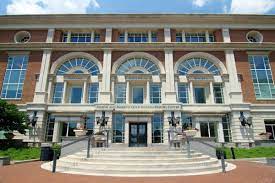 There’s a great museum, Indiana Historical Society, in Indianapolis. Did you take field trips there as a kid, and was it on your mind when you wrote the play?

Ethan Mathias: I remember taking a field trip to Conner Prairie in elementary school. Both the Heartland Museum in the play and Conner Prairie share the immersive, living history approach to things. In doing research for Provenance, I spent some time at the Indiana Historical Society and had some great conversations with people who work there.

Every theatergoer will take home a primary (and often different) idea from a play. What’s the primary idea or thought or emotion that you either wish to convey or that you take away from the play?

Ethan Mathias: I think one of the main ideas I’d like people to take away from Provenance is the belief that while we must take responsibility for our actions, one act does not necessarily define a lifetime. What a sad world it would be if we could not learn from our mistakes. I am drawn to the line from Maya Angelou: “Do the best you can until you learn better. Then when you know better, do better.”

There is a workplace comedy element to your play. The characters “meet cute,” joke, flirt. I don’t want to reduce this play to a sitcom, but there is a serious charm factor to your serious-minded play. Are workplace sitcoms an inspiration? What works and authors inspire you?

Ethan Mathias: I think even dramas need a bit of levity or the audience won’t be able to catch their breath. There are certainly parts of Provenance that have the flavor of a workplace comedy. I actually think that a museum would be a great setting for a sitcom. I have very eclectic tastes in storytelling and I find influences from all sorts of stories. A primary influence would certainly be Aaron Sorkin. I grew up watching “The West Wing” and his work speaks to my musical sensibilities. I’ve played piano for over 30 years and served as vocal director for numerous musicals, so the idea of a fugue of voices and an engaging rhythm are very much ingrained in me. In his “Master Class,” Sorkin said, “Dialogue is not like music; it is music,” which I take to heart when I write. Some other playwrights that I find inspirational and instructive include Theresa Rebeck, Molly Smith Metzler, Quiara Alegría Hudes and the late A.R. Gurney. All four of those playwrights use a lot of the same ingredients in their works individually, but manage to create new and interesting works all the same. Seeing Sarah DeLappe’s The Wolves was a game-changer for me in terms of dialogue and structure. Tennessee Williams’ The Glass Menagerie and Steven Dietz’s This Random World are also significant plays for my evolution as a writer. Screenwriters such as Armando Ianucci (“Veep,” “The Thick Of It”) and Robert Carlock (“30 Rock,” “Unbreakable Kimmy Schmidt”) speak to me as a viewer, which in turn influences me as a writer. As much as I love watching television, I think it sometimes messes me up as a playwright — in television you can plant all sorts of seeds and harvest different subplots over the course of a dozen episodes. In plays, we have a limited amount of time and so we must prioritize which plots are most urgent or interesting.

What development history has the play had before ATI? When did you start writing it?

Ethan Mathias: I began writing Provenance in late spring/early summer of 2019. Towards the end of the summer I gathered a small group of former students together to finally hear the play aloud. I thought by setting a date for a read-through that it would help force me to focus on getting the story down, but I ended up reworking a lot of it at the last minute and so they never got to hear the end.

Can you share a little bit about where you grew up, what exposure you had to theater as a kid and how you became a theater maker?

Ethan Mathias: One of my earliest memories of theatre is going to the Wagon Wheel in Warsaw, IN, with my grandparents and seeing Brigadoon. For a little kid growing up in Fort Wayne, the summer stock seasons at the Wagon Wheel were always something I looked forward to. I remember being particularly in awe of how they made it rain indoors for Singin’ in the Rain. While many of my friends were watching Nickelodeon, I was wearing out VHS tapes of classic big book musicals and Disney movies. I was heavily involved in productions when I got to high school and actually began my career at Ball State as a musical theatre performance major. After a few years, I started to become more intrigued with the directing and creation process, directing A New Brain, participating in writing The Human Faustus Project led by Jennifer Blackmer, and co-conceiving an original Sondheim revue Lovers, Liars, and Clowns. As graduation neared, I was unsure of where to go next. Since this was pre-Affordable Care Act, I was somewhat limited in my options, as a Type 1 diabetic; I couldn’t just take off and do the whole “starving artist” thing. So I went to get my teaching license and eventually landed a job teaching theatre and English at Hamilton Southeastern High School, where I still work today. I now have the pleasure of being director of the drama club and thespian society. Every now and then I get to spend a little time onstage as an actor in the Indy area which helps give me perspective that informs my work as a teacher and director.

What’s your goal in the ATI reading? Is there something specific you are looking to address, change, listen for?

Ethan Mathias: I think this is a situation where I don’t know what I don’t know, and so that makes it a tough question to answer. I’m looking forward to hearing the voices and experiences of the many different people ATI has assembled and to benefit from their collective experiences as I revise the play. I think my training as an actor helps give me some unique insights to the playwriting process and so to hear their thoughts on these characters and so on is going to be a great opportunity.

Mathias’ plays can be read on New Play Exchange.

Learn more about Actors Theatre of Indiana. For tickets to the 2 PM Sept. 25 reading and talkback of Provenance, call (317) 843-3800 or click here. ATI is currently presenting Always…Patsy Cline as its mainstage production, launching the 2021-22 season, returning to life after the 2020 shutdown due to the pandemic.